From Slave to Savior: How an African Slave Helped to Mitigate the Boston Smallpox Outbreak of 1721 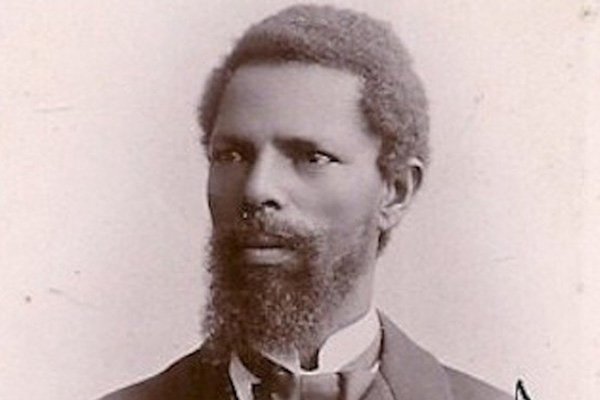 African Americans have long played a pivotal role in our modern world’s many technological and scientific achievements. This past year amid a global pandemic, we found hope as Dr. Kizzmekia Corbett, an African American female scientist, stood at the forefront of the COVID-19 vaccine development. While undoubtedly we will remember Dr. Corbett in history books, there is a name many may not be familiar with who, centuries before, helped save the city of Boston and later generations worldwide from the spread of smallpox.

A century before the development of the smallpox vaccine, an enslaved man of African descent, known only as Onesimus, would teach the scientists of that era a method of inoculation commonly used in Africa and would set the stage for the eradication of smallpox all over the world.

In 1716, smallpox had begun to spread throughout Massachusetts. At this time, Massachusetts was one of the centers of the early slave trade that started in 1638. A prominent Puritan Minister, Cotton Mather, known in history for his involvement in the Salem Witch Trials, inquired if Onesimus, one of his enslaved workers, had ever been afflicted with smallpox. Onesimus shared with Mather that he had been infected and “had undergone an operation, which had given him something of the smallpox and would forever preserve him from it…and whoever had the courage to use it was forever free from fear of the contagion.”

This method of inoculation, long-practiced throughout Africa and sub-Saharan people at the time, consisted of rubbing pus from an infected person into an open wound on the arm of another. The purpose of doing so was to allow the individual being introduced to the virus to form an immune response that would provide immunity within a controlled setting. Fascinated by this potentially life-saving method, Mathers would spend the next few years spreading the word throughout Massachusetts and elsewhere in hopes of mitigating the contagion.

It would not be until 1721 when Mather met the only physician in Boston willing to support the technique, a Dr. Zabdiel Boyston, that the procedure would become widely practiced. That year, the epidemic began to ravage the town of Boston, sickening half of the city’s residents. Due to the dire circumstances, Dr. Boyston took matters into his own hands by inoculating his son and all enslaved persons under his control with the disease. Two hundred forty-two were inoculated, and only six died (1 in 40), a high survival rate compared to the 1 in 7 who died from contracting the virus. As vaccinations were not yet in existence, this method of inoculation is called variolation.

While the smallpox epidemic of 1721 would take the lives of over 14 percent of Bostonians at the time, doctors and city officials saw the positive effects. We do not know if Onesimus lived to see how the knowledge he passed on would become a story of medical success. Records, however, indicate that he was able to purchase his partial freedom eventually. And that is where his story ends.

It is, however, the legacy of Onesimus that would pave the road to 1796, when Edward Jenner developed the smallpox vaccine, which would ultimately move us forward to 1980 when the World Health Organization officially declared the virus entirely eradicated. The only infectious disease that we have been able to eliminate from the planet entirely.

This Black History Month and every month, and every day, we must continue to recognize the profound achievements of those who came before us and on whose shoulders we stand today. Today we honor Onesimus.