Juneteenth: A Celebration and Commemoration 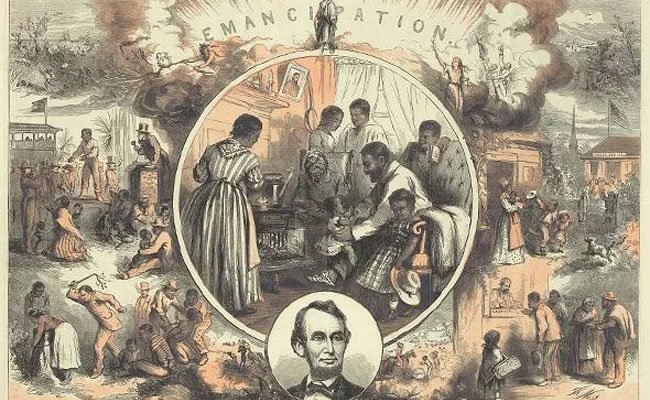 On June 19, our nation will officially recognize our second Independence Day – Juneteenth, which was signed into law in 2021 by President Biden as a national holiday. While we enjoy the cookouts, get-togethers, and parades around the nation, we must not lose sight of the meaning of our newest national holiday. Juneteenth is a day to celebrate the end of 400 years of the criminal enslavement of human beings, and of honoring those souls who fought and died to attain this result. It is also a time to weep for the enslaved souls who were not informed until June 19, 1865, that President Abraham Lincoln had issued the Emancipation Proclamation on January 1, 1863.

We celebrate and cry not just for ourselves or our loved ones on whose shoulders we stand, but also for the greatness that can be the future of all of America.

Yes, two years after Emancipation Proclamation, the State of Texas continued this barbaric, unholy, and, at that time, illegal system. Many enslaved people died under horrible conditions, not knowing they were free. It was not until June 19, 1865, when Union General Gordon Granger arrived in Galveston, TX, with 2,000 troops, and read aloud to the people gathered, General Order Number 3: “The people of Texas are informed that in accordance with a Proclamation from the Executive of the United States, all slaves are free. This involves an absolute equality of rights and rights of property between former masters and slaves, and the connection heretofore existing between them becomes that between employer and hired laborer.”

On that day, the last 250,000 enslaved souls received their long overdue freedom. The year after, freedmen would organize what would become Juneteenth Independence Day or Jubilee Day as it was initially named. Then, as formerly enslaved people and their families migrated out of Texas and headed to the northern and western states, they took their traditions, stories, and history of Juneteenth. Today the significance of Juneteenth is recognized across the nation in African American and other communities from coast to coast.

Next Sunday, as we mark the second official year of the celebration of Juneteenth as a national holiday, let us take time to reflect on our history and how far we have come to reach this point, and how much farther we must go to honor the blood, sweat, tears, and lives of our ancestors and create a better future for the generations coming behind us. Juneteenth is a day of commemoration, but it is also a celebration. We celebrate our history and our ancestors and their resilience in the face of unspeakable, criminal conditions. We celebrate a culture full of richness, color, and vibrancy no matter who dares to try to diminish our light. We celebrate and cry not just for ourselves or our loved ones on whose shoulders we stand, but also for the greatness that can be the future of all of America.