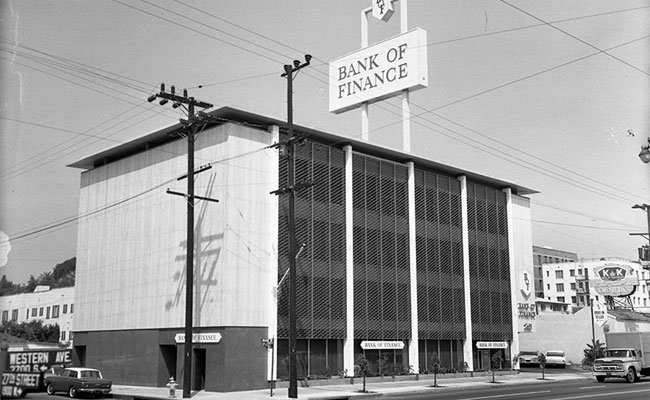 During the 1960s, America underwent massive social, political, and economic changes. When many banks shunned African Americans, Onie Burnett Granville saw an opportunity to make a difference, and his impact, particularly in Los Angeles, should not be forgotten. In 1964, Onie B. Granville, a visionary real estate broker in Los Angeles, founded the Bank of Finance, the first Black-owned commercial bank west of Kansas City. He was a man who dedicated his life to helping African Americans achieve financial and business equality.

Onie B. Granville was born in Navarro County, Texas, on June 28, 1916. He grew up on a farm as one of five children. After graduating high school, Granville got his B.A. degree in 1942 from Tillotson College in Austin, Texas. After that, he enrolled at the University of Southern California for postgraduate work in real estate appraising, banking, and finance. In 1948 he started a real estate firm with his brother, and by 1961, the brothers were able to expand and co-founded the Quality Escrow Company and Burnett Investment. In 1963 Granville joined six business colleagues to form the Merchants Title Company. That same year, he was elected president of the all-black Consolidated Realty Board and worked with California Governor Pat Brown on the California Fair Housing Act legislation that would allow African Americans equal purchasing power.

As a realtor in Los Angeles during the 1960s, Granville saw firsthand the racial discrimination faced by African Americans looking to obtain loans or purchase property west of Western Avenue in Los Angeles.

As a realtor in Los Angeles during the 1960s, Granville saw firsthand the racial discrimination faced by African Americans looking to obtain loans or purchase property west of Western Avenue in Los Angeles. Despite a surplus of housing at the time, many Black families had trouble buying homes. And despite a growing African American population of over 600,000 at the time, many banks continued to find ways to deny Black residents essential financial products. If the existing banks at the time could not see the opportunity, Granville decided to start his bank and serve the minority entrepreneur. He envisioned a full-service bank that offered checking accounts, certificates of deposit, and real estate, vehicle, construction, and personal loans. That institution opened as the Bank of Finance in 1964.

In the 1970s, Los Angeles Mayor Thomas Bradley appointed him to serve on the Building and Safety Commission. Granville also co-founded several other ventures in Los Angeles in the 1970s, including:

But Onie B. Granville’s success was not the beginning:

• Before the Civil War – There were discussions about starting Black-owned banks to create more economic opportunities for free Black Americans that would stand as powerful symbols in the fight against slavery even before the Civil War. Given the oppressive environment, these earliest visions could not be realized at that time.

• In 1865 – A bank known as Freedman’s Savings Bank was established to serve Black Americans with 37 branches over 17 states and 67,000 depositors. Unfortunately, it came under the control of white financiers, who used the bank’s resources to fund speculative investments, losing the life savings of thousands of Black depositors.

• Between 1888 and 1934 – 134 Black-owned banks were formed to serve the Black community and provide an essential source of credit while also providing training and jobs.

• In 1906 – The Greenwood District of Tulsa, Oklahoma, also known as Black Wall Street, had a Black bank and was one of America’s most prosperous Black communities. Other prominent Black business owners who moved to Greenwood included John and Loula Williams, who built the 750-seat Dreamland Theatre cinema, and Andrew Smitherman, who ran the Tulsa Star newspaper. With this level of investment, Greenwood soon had a hospital, a public library, and a highly admired school system. There were offices for Black lawyers and doctors, restaurants, and luxury shops. In 1921, it was burned to the ground by white supremacists.

Onie B. Granville lived to be 82 years of age and passed away on September 21, 1998. His homegoing service was held at Trinity Baptist Church in Los Angeles, which the family has attended since 1947. The Los Angeles Urban League is committed to honoring the life and legacy of Onie B. Granville and those who came before him in support of the promise of economic empowerment for our communities.