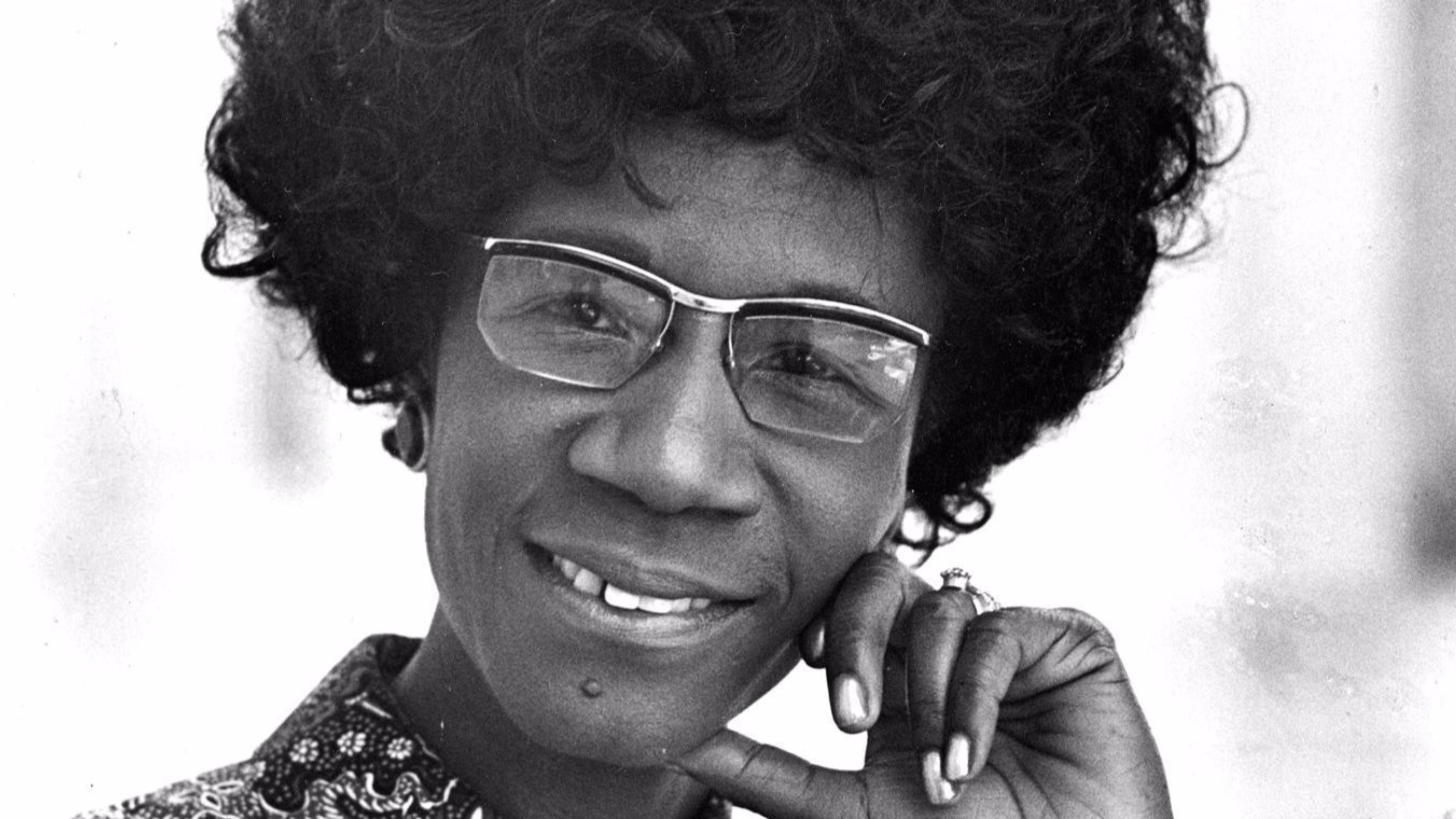 Congresswoman Shirley Anita St. Hill Chisholm was born in Brooklyn, New York, on November 30, 1924. She was the oldest of four children and grew up in a working-class family with Caribbean roots. Her parents, Charles and Ruby St. Hill instilled strong values in her from a young age, including hard work, education, and social justice. At age five, Chisholm enrolled in an integrated school and quickly demonstrated an aptitude for learning, graduating near the top of her class. Chisholm earned a scholarship to attend Brooklyn College, where she pursued sociology, psychology, and economics studies before graduating with honors in 1946. From there, Congresswoman Chisholm worked as a nursery schoolteacher while attending Columbia University, where she earned her master’s degree in elementary education. After graduation, Congresswoman Chisholm worked as a director of daycare centers for underprivileged children before transitioning into politics, where she sought to make transformative changes through policy-making.

I am the candidate of the people of America. And my presence before you now symbolizes a new era in American political history.

In 1964, Congresswoman Shirley Chisholm became the second African American and the first African American woman to be elected as a New York State Assemblymember.  Four years later, following a court-ordered redistricting that created a new heavily Democratic district in her neighborhood, Congresswoman Chisholm sought—and won—a seat in the United States Congress. There, “Fighting Shirley” introduced more than 50 pieces of legislation and championed racial and gender equality, the plight of the poor, and ending the Vietnam War. She was a co-founder of the National Women’s Political Caucus in 1971, and in 1977 became the first Black woman and second woman ever to serve on the powerful House Rules Committee. That year she married Arthur Hardwick Jr., a New York State legislator. Running on an anti-war platform, Congresswoman Chisholm called for an end to US involvement in Vietnam and advocated for civil rights reforms such as the desegregation of schools and businesses. Congresswoman Chisholm represented New York’s 12th congressional district for seven terms from 1969 to 1983. She was a founding member of the Congressional Black Caucus and the National Women’s Political Caucus.

In 1972, Congresswoman Chisholm was the first African American to challenge the status quo and become a candidate for the position of President of the United States. Discrimination followed Congresswoman Chisholm’s quest for the 1972 Democratic Party presidential nomination. The leaders of the Democratic Party nomination committee blocked her from participating in televised primary debates, and it was only after taking legal action that she was permitted to make just one speech. Still, students, women, and other people of color followed the “Chisholm Trail.” She entered 12 primaries and garnered 152 of the delegates’ votes (10% of the total)—despite an under-financed campaign and contentiousness from the predominantly male Congressional Black Caucus. While she ultimately lost her bid for the presidency, this moment in history inspired countless others to dream boldly and go beyond the status quo. “The door is not open yet,” she said, “but it is ajar.” Through her work, Congresswoman Chisholm shined a bright light on the issues facing communities of color and paved the way for future generations of activists, showing them that change is possible if you stand up and fight for it.

Despite facing intense discrimination and prejudice, Congresswoman Shirley Anita St. Hill Chisholm remained committed to justice and equality. She was a vocal advocate for universal healthcare, fair wages, and equal access to education. She also spoke out against racial injustice, war, and poverty, using her position in Congress to fight for the rights of those marginalized by society.

Today, Congresswoman Chisholm’s legacy inspires countless people worldwide to work towards a more just and equal society. As 2023 begins, let us recognize and honor all that United States Congresswoman Shirley Anita St. Hill Chisholm accomplished by being our own ‘Catalyst of Change’ in a new year of possibilities.