Black and Brown Unity is Needed 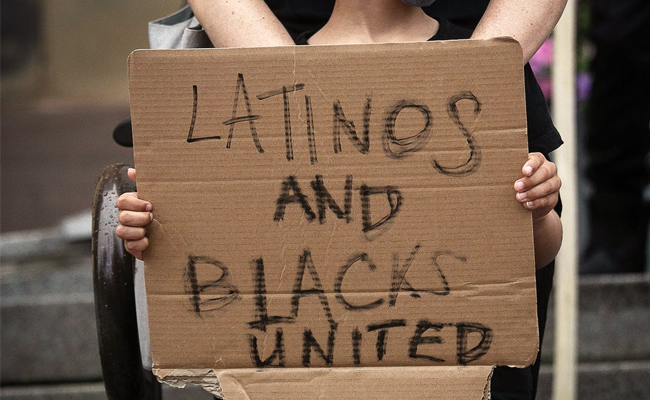 The Los Angeles Times recently reported that two of California’s most significant cases of racial bias brought by the federal government in the last decade alleged widespread abuse of hundreds of Black employees at warehouses in the Inland Empire. For many of these incidents, the issues occurred in low-paying jobs primarily staffed by agencies. In an industry dominated by Latino workers, studies found that often a culture of segregation between Latino and African Americans would form.

Racism between the Latino and the Black communities is not new, but the time to resolve such issues and push forward together is more important than ever. For our growing communities to thrive, we must support one another. According to a USC’s Equity Institute report, African Americans and Latinos comprise 12.3 percent and 17.6 percent of the U.S. population. By 2050, we expect these numbers to increase to 12.7 and 24.1 percent of the U.S. population.

The source of our present-day struggles is borne of the same history of racism, discrimination, and hate that has been a core feature of this country’s history, leaving both of our communities at the bottom rung of one of the wealthiest countries in the world.

The source of our present-day struggles is borne of the same history of racism, discrimination, and hate that has been a core feature of this country’s history, leaving both of our communities at the bottom rung of one of the wealthiest countries in the world. Our families and friends are more likely to work as caregivers, teachers, and other “essential workers.” While these roles are honorable and essential, our communities are bearing the brunt of the resulting devastation and loss with less pay than they are worth to our society while suffering the disrespect of police and sheriffs that target our neighborhoods.

As the two largest minority groups that have experienced an enormous onslaught of discrimination in the United States, we should work together to support one another and achieve widespread economic success and equality. Many factions in America would like to pit us against one another and fight with each other. The rise in White Nationalism has fueled racist, anti-immigrant violence in our communities with mass shootings in our supermarkets in El Paso and Buffalo. We must fight against hate and become advocates of peace for our communities. When we discriminate against our connected communities we give power to others who want to keep us down. If we look at only skin color or ancestral origin, we miss our shared humanity and weaken our power. If we continue to fight against one another, our communities will remain on the bottom rungs of the ladder to prosperity. We are stronger than our struggles, and together, our Black and Brown unity will be a proven force for meaningful, powerful social change.

We at the Los Angeles Urban League understand this is just the beginning of a more extensive dialogue. We believe that the relationship with our Latino brothers and sisters is strong enough to find a resolution. For our present and our future, let us work together to overcome.