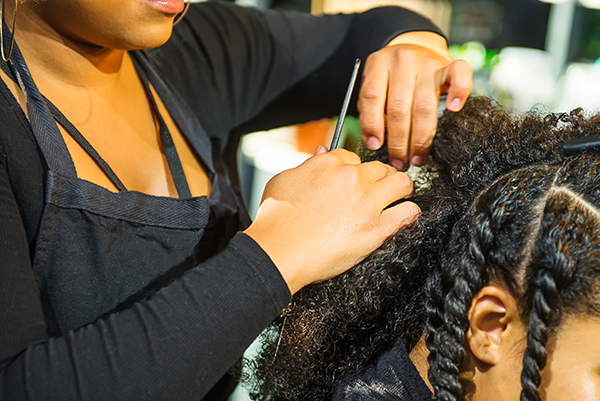 The US House of Representatives recently took an important step towards banning race-based hair discrimination with the passage of the CROWN Act. The legislation, which stands for Creating a Respectful and Open World for Natural Hair, is a part of a national movement to end hair discrimination in all its forms in our schools and places of work. In 2019 California became the first state to pass a CROWN Act prohibiting discrimination based on hairstyle and texture. Los Angeles County Supervisor Holly Mitchell drafted and sponsored the original CROWN Act while she was a California State Senator. The statute has since inspired over a dozen other state legislatures to pass CROWN Acts or similar legislation.

Too often people of African descent are unfairly scrutinized and discriminated against for wearing hairstyles inherent in our culture. An act of discrimination based on hairstyle is an insidious form of racial discrimination and, as such, is unacceptable. If passed, this legislation will ensure everyone the dignity and respect of retaining their natural hairstyle and culture. Support for this vital piece of legislation is embedded in the bill summary, which states: “Routinely, people of African descent are deprived of educational and employment opportunities because they are adorned with natural or protective hairstyles in which hair is tightly coiled or tightly curled, or worn in locks, cornrows, twists, braids, Bantu knots or Afros.”

According to the CROWN Coalition, 86% of Black teens state they have experienced discrimination based on their hair by 12. Trauma from these experiences causes Black girls to miss days from school with some estimates of one week per year due to hair dissatisfaction. This form of discrimination starts early and continues as our children become adults.

Rules and policies based on European styles and culture are remnants of our history of race-based enslavement and Jim Crow laws. Every person should be free to fully embrace their God-given natural beauty, including their hair and culture, whether in the classroom or the boardroom. Passage of the CROWN Act is long overdue, and we hope you will join us in calling for the quick passage of this legislation.