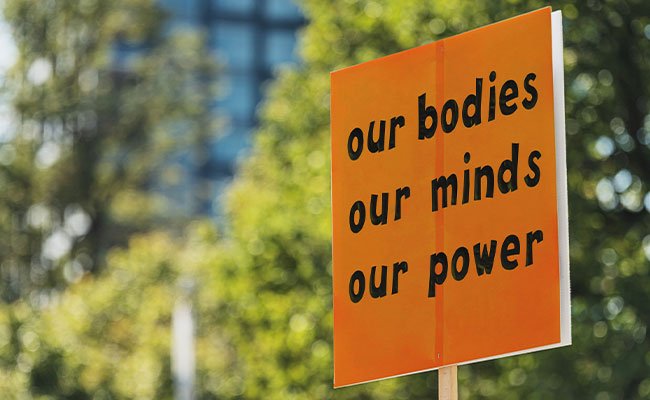 This week Justice Alito’s draft of an opinion supporting the reversal of Roe v. Wade was leaked to the public in what appears to be a violation of the Supreme Court’s internal procedures, creating a firestorm of protest across the county. We have known for quite some time that Roe v. Wade would be under threat with a conservative majority, and now we have a clearer picture of how soon this vicious attack on women’s rights may go into action. Except for Chief Justice Roberts, each conservative Justice signed the leaked release of Justice Alito’s draft opinion, thereby signaling their support for overturning federal abortion rights in the country. Now is not the time to rest. We must continue to fight for the freedoms that so many women have tirelessly worked to achieve.

The opinion reopens the door for conservative states to pass legislation that will limit a woman’s right to control her own body and will destroy the right to privacy between a woman and her health care provider. In states that will criminalize abortion, a mother-to-be will no longer be allowed to quietly and privately grieve with her family over her miscarriage. Instead, this tragic event will be the subject of a criminal investigation led by people with little or no medical training or rational basis to invade the privacy of a family’s grief. Women who have life-threatening pregnancy-related complications will no longer have the right to make this personal, painful, and challenging decision with their medical professionals and their family without the intrusion of state and local officials. Especially in tragic cases of rape or incest, state and local officials should have the right or the power to choose the fate of the perpetrator but not of the victim.

This leaked opinion threatening to dismantle Roe v. Wade served as a wake-up call, and together we must answer that call.

If the Supreme Court overturns Roe v. Wade, this tragic act will disproportionately impact Black, Asian Women, and North American and Alaskan native women. Systemic racism plays a terrifying role in access to quality medical care. According to a report issued by the March of Dimes, the threat of maternal mortality and morbidity is especially acute for women of color. Black mothers of all ages are three (3) times more likely to die from pregnancy-related complications than their White peers. The rates of pregnancy-related death for Black and North American and Alaskan native women over thirty are 4 to 5 times higher than their White peers. According to the report, Black women are 27 percent more likely to experience severe pregnancy complications than White women, regardless of differences in age or education. According to the latest CDC data, maternal mortality rates among Black Women with a completed college education or higher were 1.6 times that of White women with less than a high school diploma.

In California, we have a legislative body that supports a woman’s right to choose. This week our Governor and local leaders vowed to take a stand to protect women, including plans for a constitutional amendment on the November ballot that would ask voters to ensure permanent access to abortion services in the state. Additional measures to protect women are being introduced as well. Among these proposals are bills that would increase access to medical treatment for women without insurance and treat doctors who fail to treat pregnant women in high-risk categories and their unborn children as “high risk” patients as medical malpractice. The Los Angeles Urban League fully supports these measures.

While the opinions of Justice Alito are shared by many, there is no doubt that most Americans believe in fair and equal access to safe and legal abortion services. This issue underlines the importance of our vote – to ensure that our elected officials, at every level of government, reflect and protect the rights that we hold dear today. California must remain a place where women retain their right to choose.

This leaked opinion threatening to dismantle Roe v. Wade served as a wake-up call, and together we must answer that call. Now is the time to stand with all women and make sure that we do not turn back the hands of time to when our mothers, sisters, or daughters had to make life and death choices in solitude and unsafe environments. We do not know what tomorrow will bring, but we see the role we can play in it. Let us work together to ensure that this opinion against individual freedom stays just that, an opinion – and not become the doctrine that represents our nation to the world.