Racism has no place in City Council 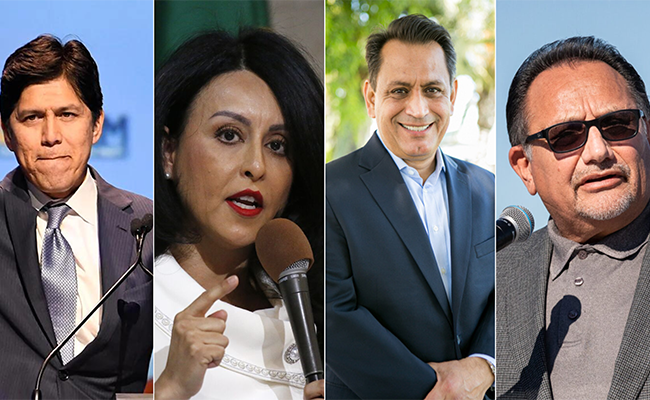 The recent events regarding racist discussions held by now-former LA City Council President Nury Martinez and Council Members Mr. Cedillo and Mr. De Leon, and union leader Ron Herrera, have justifiably sparked outrage throughout our diverse, multi-cultural city. As we approach midterm elections, we remind everyone eligible to vote that they must do so for the benefit of our communities and to honor those who fought and died to ensure and safeguard this vital right. In addition, how we vote must be based on our knowledge of the candidates and other matters that are on the ballot.

We must also demand that current elected city officials act in the best interests of not just their immediate constituents but all of the citizens of Los Angeles. In this regard, all parties involved in the leaked audio failed their responsibilities and should and must resign. Now is the time for healing, but this healing cannot begin without the resignations of all parties involved. While Ms. Martinez and Mr. Herrera have stepped down from their posts, Mr. Cedillo and Mr. De Leon have not responded to calls for their resignations.

Their failure to respond to these calls ignores how our city has changed. Thanks to years of hard work of community-based organizations, unelected civic leaders, and ordinary Los Angeles citizens to heal the wounds of our past and built cross-cultural coalitions to stand against hate speech and hate crimes.

As the saying goes, “character is what you do when no one is looking.” These four have shown themselves unfit to lead, much less represent the interest of others in our city. The race-driven politicking on power and representation has no place in City Hall or any leadership positions. One cannot call for equity, equality, and change while taking from others or viewing race as a tiered system. The Los Angeles community has clarified that we cannot make progress without faith in our elected officials.

The Los Angeles Urban League welcomes the California Attorney General’s investigation into how redistricting during Martinez’s tenure may have violated civil rights or the Voting Rights Act. We must now push forward with leadership that cares about the entire city, regardless of color or caste. True leaders will work to strengthen the bonds of all Los Angeles citizens, which must include white, black, and brown relations and AAPI, LGBTQ+, El Salvadoreans, Oaxacans, Indigenous, and others because they know we are better and stronger together. As is our duty as civic leaders, as local advocates, and as one community united together against hate, we will continue to build bridges across the City and County of Los Angeles.