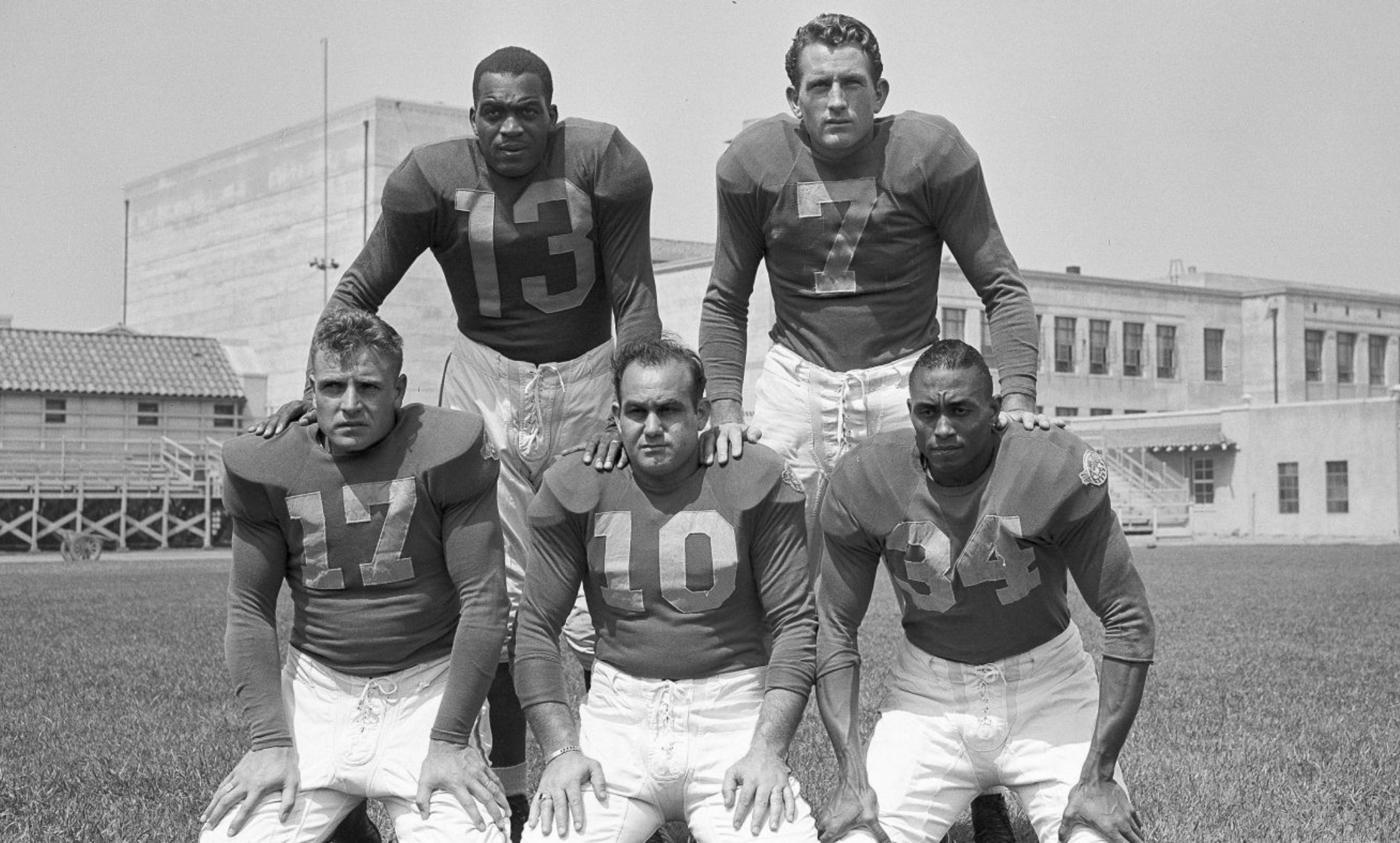 Millions of football fans celebrated Super Bowl Sunday this past weekend by watching the Los Angeles Rams win the Super Bowl by beating the Cincinnati Bengals at SoFi Stadium in Inglewood, CA. We congratulate the Los Angeles Rams and the Cincinnati Bengals for making it to the championship game and the entire Rams organization for bringing the Vince Lombardi trophy to the City of Los Angeles, part of the Rams’ name, and the City of Inglewood, their home.

What we witnessed was not simply a celebration of a Super Bowl victory, but the results of battles fought to integrate the Los Angeles Rams and the National Football League (NFL) during the 1930s and 40s. In 1946, the Rams new landlord and the Los Angeles Black press pressured the Rams ownership into offering a contract to Kenny Washington, a former UCLA star. Three months later, the Rams offered Woody Strode a contract as well.

What we witnessed was not simply a celebration of a Super Bowl victory, but the results of battles fought to integrate the Los Angeles Rams and the National Football League (NFL) during the 1930s and 40s.

1946 was not the first time Black and White players played on the same teams in a professional league. Paul Robeson played professional football for two teams while attending law school at Columbia College in 1921 and 1922. In 1921 Robeson played in eight of the Akron Pros’ twelve game schedules. In 1922 the National Football League was founded, and Robeson played on one of the founding teams, the Milwaukee Badgers. In 1933, a “gentlemen’s agreement” prohibited Black players from competing in the NFL.

When the Rams moved West from Cleveland in 1946, the owners carried their racism along with their hopes of leasing the Los Angeles Coliseum. A former college football and Negro League baseball player turned reporter for the Los Angeles Sentinel, Halley Harding, along with other black members of the media, set out on a crusade to use their position as the community’s voice to push the Los Angeles Rams to desegregate.

Unfortunately for the soon-to-be Los Angeles Rams, but fortunately for America, the Rams could not use the Coliseum without the approval of the Coliseum Commission and the community’s voice as heard through the Black press. Harding and his fellow reporters had made it clear at the time that their campaign against the Rams would not end until the team agreed to hire black players. In part of Harding’s argument, he used the hypocrisy of how African American fighters were sent to war but would return to no prospects at home, including the right to play pro football.

In March 1946, The Rams would offer contracts to Kenny Washington and Woody Strode, officially desegregating the team and making them ground zero for the reintegration of the NFL. While this moment in history would not have moved ahead at the time that it did without the work of Halley Harding, it would, of course, be years before we would see a predominance of black players in the league.

Even now, given the limited number of NFL head coaches who are Black, issues of racism and discrimination still linger. The Los Angeles Urban League is proud of the Los Angeles Rams for their victory. However, we also acknowledge that there is still more work to do. We must use our voices to ensure equality and opportunity for all to excel as players, head coaches, staff, back-office support, local business owners, and all who consider this community our home. Today SoFi Stadium is the Ram’s House, but it is our community, and we must share in the prospects of what tomorrow brings together.