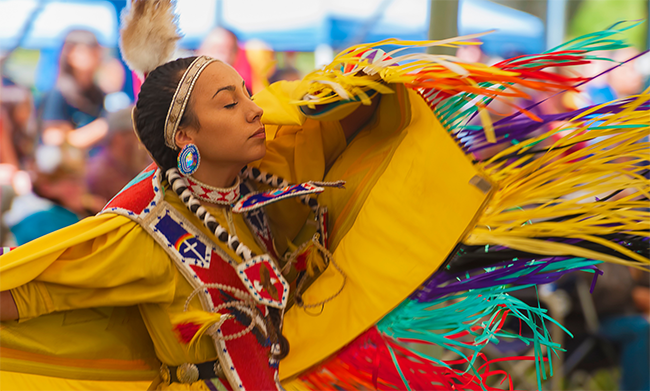 On October 8, President Biden became the first U.S. President to formally recognize the second Monday in October as Indigenous Peoples Day. This federal holiday celebrates and honors Native American peoples and commemorates their histories and cultures. Although the federal proclamation falls short of an explicit apology for the treatment of indigenous peoples, it is an essential first step in shining a light on the enormous contributions of Native Americans and their plight for equity in a system that has ignored them for far too long.

Columbus Day became an official holiday in 1934 to help combat a growing anti-Italian sentiment at the time.  Later in 1971, the federal government designated the second Monday of October to celebrate the Day. Since then, however, the holiday has come to symbolize the colonization of a land long inhabited by peoples whose cultures and histories we chose to disregard.

For our Native American brothers and sisters, it is a day that symbolizes an unwavering strength in the face of adversity and the celebration of a heritage unbroken by all that they have encountered. On this Day, we must not only applaud the indigenous community for who they are as a people but stand with them arm in arm as we work towards the change that they, too, seek.

As African Americans, we understand the pain of having land stolen, culture demonized and opportunities extinguished. We also know the pride of seeing your heritage celebrated and acknowledged as it should. We have shared experiences of countless injustices over hundreds of years.  Together we are stronger in our fight against discrimination, racism, and bigotry. Together we wage battles in the same war and stand together in our collective struggle for equality and justice.

We hope that this federal recognition of Indigenous Peoples Day will help bring attention to some of the ways Native peoples are discriminated against and are disproportionately affected by climate change, gender violence, and health issues, as well as to the Indigenous lands affected by mining and drilling.

We at the Los Angeles Urban League applaud the Biden Administration for recognizing Indigenous Peoples Day. We look forward to seeing the change that should and must come to uplift our Native American Brothers and Sisters. While what was taken or lost can never truly be returned, we will continue fighting to make this country live up to what we claim as our ideals.