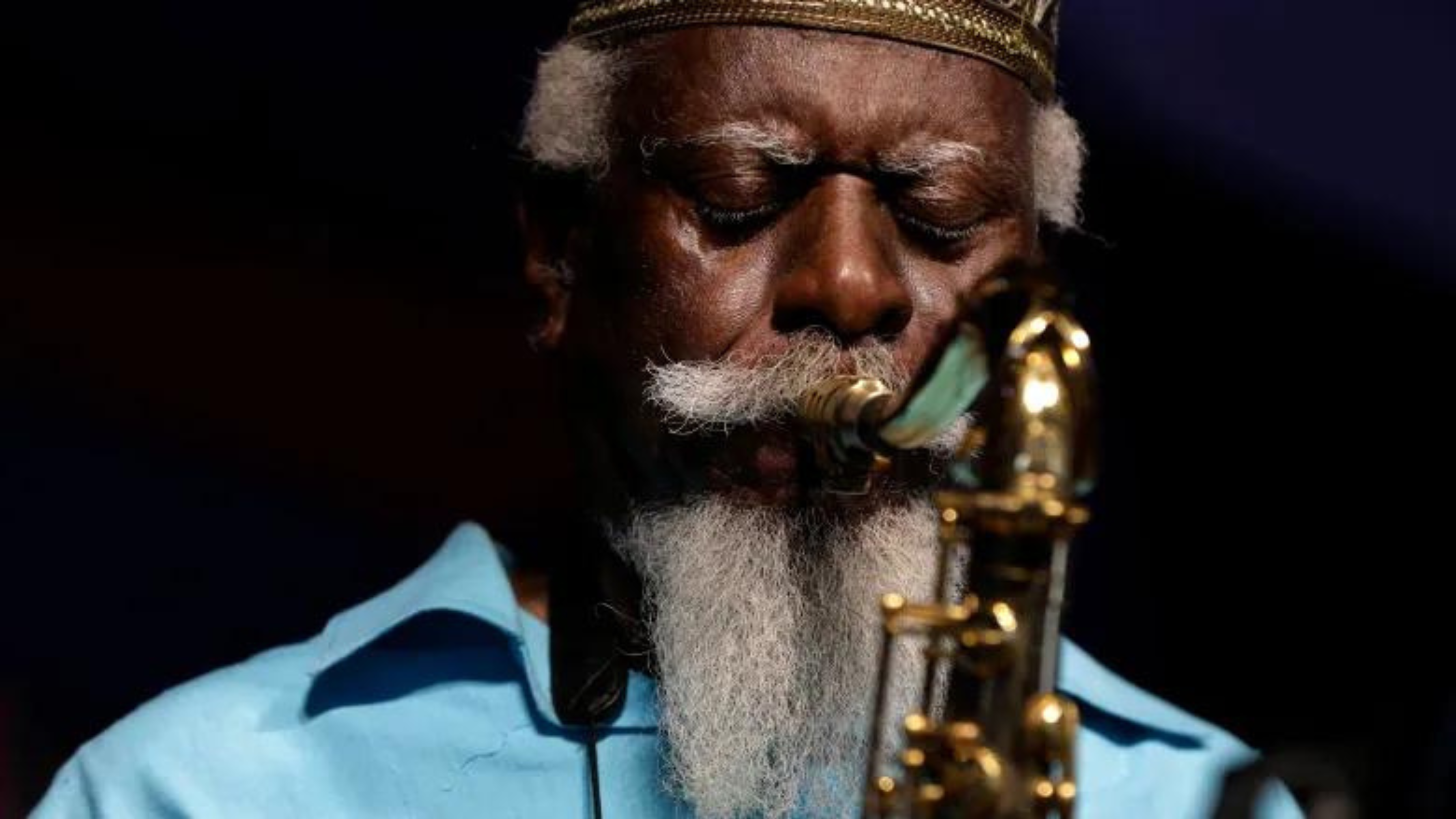 This past week, Pharoah Sanders, the jazz saxophonist who ushered in a new era of spiritual and avant-garde jazz, passed away at 81. Pharoah Sanders was more than a saxophonist; he was a distinguished professor of life, and his course material was jazz. His goal was to teach the world how to live a spiritual life through the varying depths that all music genres, especially jazz music, can provide.

Notable for pushing jazz into new directions, Pharoah Sanders did not have the most leisurely start in reaching his legendary status. Although he was born in Arkansas, Farrel Sanders first found his footing in California’s Bay Area. Pharoah Sanders later ventured to New York City, as many artists did (and still do), where he struggled to break into the industry. “Unable to make a living with his music, Sanders took to pawning his horn, working non-musical jobs, and sometimes sleeping on the subway,” according to the saxophonist’s website. Undeterred, Pharoah Sanders continued to work and grow. He soon found himself working alongside innovative giants like Sun Ra (who told him to adopt the name “Pharoah” instead of Farrell), Ornette Coleman, and John Coltrane.

Pharoah Sanders was more than a saxophonist; he was a distinguished professor of life; and his course material was jazz.

By 1969, Pharoah Sanders had released his most revered work, ‘Karma, which featured “The Creator Has a Master Plan,” one of the most influential tracks of its era. This work guaranteed his place in music history as one of the fundamental artists to push spiritual jazz further skyward.

Through the seventies and eighties, Pharoah Sanders continued to play a pivotal role in the world of jazz. As a leader and sideman, Sanders worked with fellow jazz greats like McCoy Tyner, Sonny Sharrock, Idris Muhammad, Leon Thomas, and many more. Last year, the beloved saxophonist returned from a two-decade-long hiatus to record alongside electronic music producer Floating Points and the London Symphony Orchestra. The result, “Promises,” was hailed as one of the best jazz albums of the past decade and one last journey by a master artist that will be forever missed.

The Los Angeles Urban League recognizes and appreciates the gifts of music that Pharoah Sanders left to his countless fans, friends, and family. We are eternally grateful for his music, the lasting message of power and perseverance, and for all the grace that this remarkable artist left us during his time here on Earth.

“If You’re in the Song, Keep on Playing,” and Pharoah Sanders music plays on.