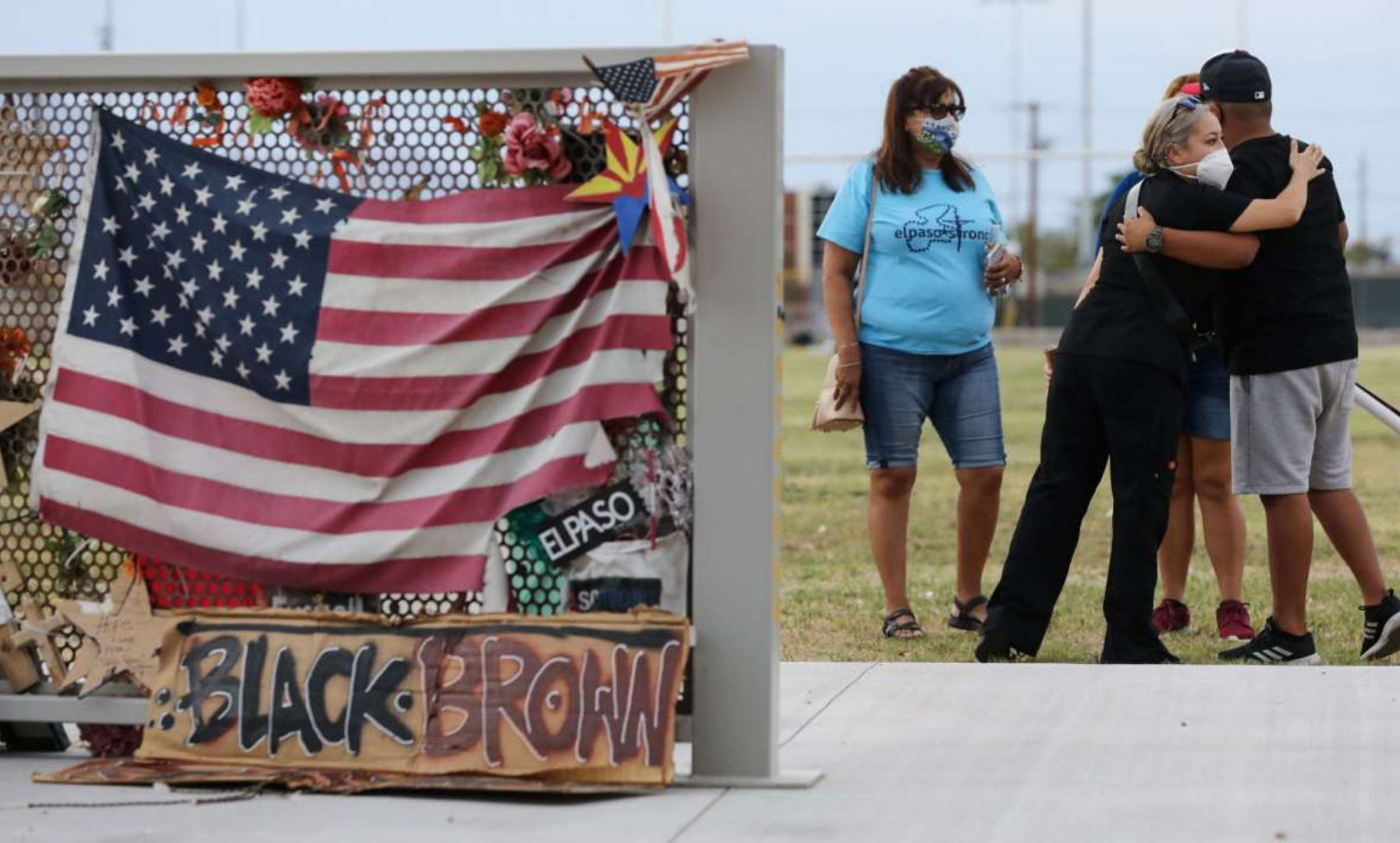 This past Tuesday marked yet another day of sad remembrance for our nation. On August 3, 2019, a lone gunman drove over 600 miles from a Dallas suburb to El Paso, Texas, to “stop the Hispanic invasion of Texas.” The gunman entered a Walmart bustling with hundreds of El Paso citizens and daily visitors from the neighboring Mexican city of Juarez. He opened fire with an automatic rifle killing 23 people, injuring 25 others, and inflicting the deadliest attack against the Latino community in modern history.

President Joe Biden and First Lady Jill Biden memorialized this tragic event with an Op-Ed in the El Paso Times.  The letter included the following words:  “The most lethal terrorist threat to our homeland in recent years is domestic terrorism — domestic terrorism rooted in white supremacy. We’re going to have to stand united against this violence because it just spills over to all communities.”

The past presidential administration’s violent, misguided racist rhetoric energized a white supremacist movement in this nation. A blatant bigoted animosity towards communities of color that we knew existed was resurfaced and showed its gruesome underbelly for all to see on mainstream media outlets across the nation. This same rhetoric fuels violent attacks on Latinos, Asian Americans, African Americans, Jewish Americans, and we must not forget the January 6th white supremacist insurrection on the United States Capitol.

The rise of white supremacy shows not only a lack of reform in dismantling the systems that have allowed this domestic terrorist threat to grow, but it also shows itself to be the only “invasion” that poses a threat to our democracy.

Martin Luther King, Jr. said that all evil needs to succeed is for good men to do nothing. The Los Angeles Urban League stands with our Latino brothers and sisters in the fight against all forms of hate, discrimination, and violence. We stand with you in remembrance of El Paso, Dayton, Boulder, Atlanta, Springfield, Odessa, Pittsburgh, Thousand Oaks, Parkland, Sutherland Springs, Las Vegas, Orlando, Newtown, and too many more. We will continue to stand with you until the fight against hatred is won.