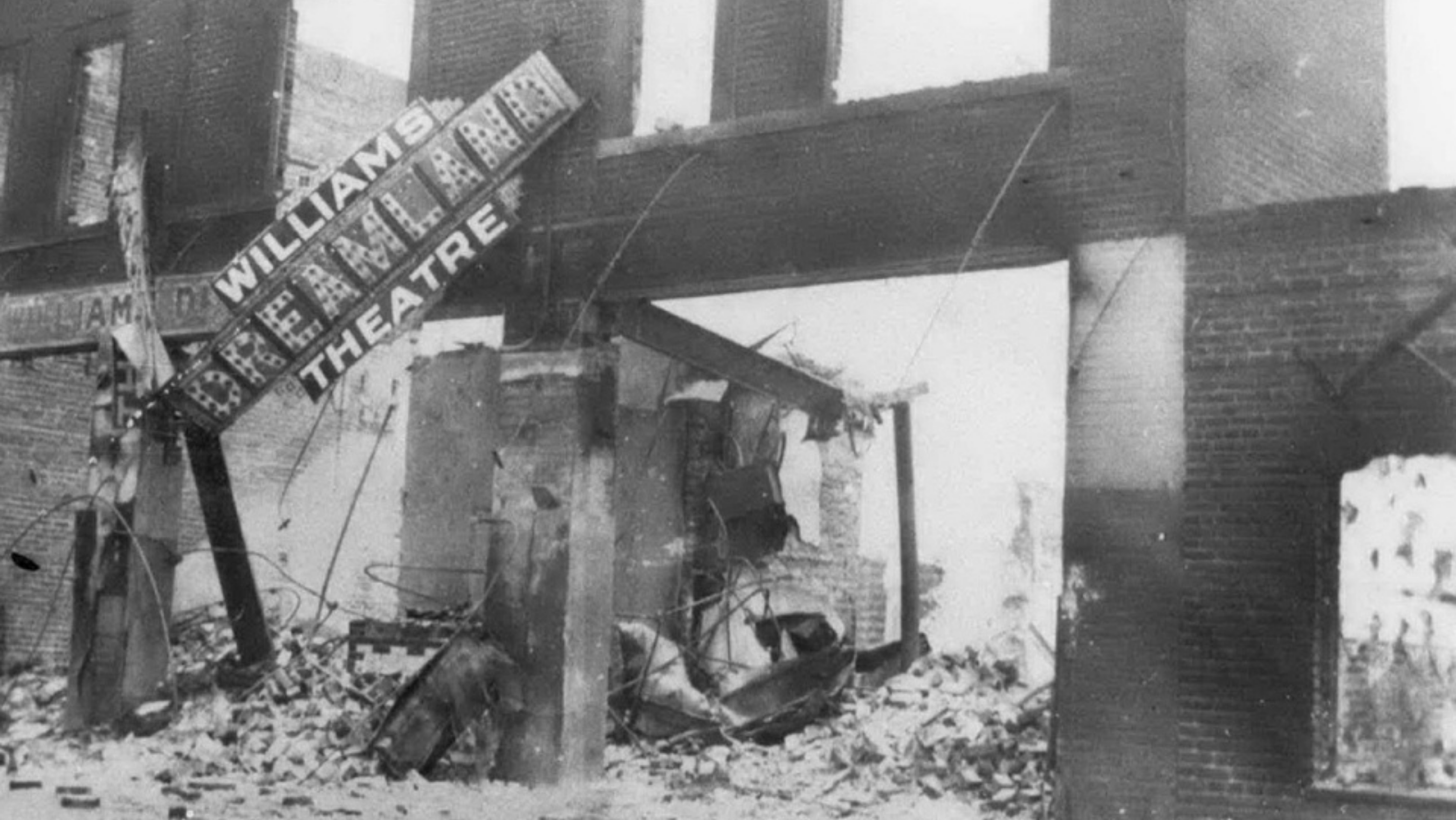 Monday, May 31, will mark 100 years since the Tulsa Race Massacre when white vigilantes descended upon Tulsa’s Greenwood District, destroying one of the most affluent and prosperous African American communities in the United States. At 107 years old, Viola Fletcher, one of the oldest remaining survivors of the Tulsa Race Massacre, has not forgotten the events of that day in 1921, although she was only seven years old at the time. In a recent interview, she says, “I still see Black men being shot, Black bodies lying in the street. I still smell smoke and see fire. I still see Black businesses being burned. I still hear airplanes flying overhead. I hear the screams. I have lived through the massacre every day. Our country may forget this history, but I cannot. I will not. And other survivors do not. And our descendants do not.”

Known as the Black Wall Street, Greenwood was once considered the epitome of black entrepreneurship. A hub of culture and community built by and for the black community. From the Dreamland Theatre to the Stradford Hotel, The Tulsa Star, and countless other emblems of black success, the autonomous district of Tulsa represented possibilities at a point in history for which opportunities for many African Americans were still few and far between. Greenwood grew out of necessity during a time that Tulsa remained heavily segregated. Greenwood became a destination for those seeking to escape the limitations of the Jim Crow south. On May 31, 1921, in 18 hours of arson, murder, and worse, all of that perished. Lives, homes, businesses were erased from the earth and the history books.

What was the catalyst that gave rise to this mass murder? On that morning before the holocaust, a 19-year-old African American named Dick Rowland walked into an elevator operated by a 17-year-old white woman named Sarah Page? Within minutes Ms. Page could be heard screaming, followed by both her and Mr. Rowland running out of the elevator. That scream, which served as the pretense for the destruction of Greenwood, would later turn out to be nothing more than that with which we are all too familiar–False accusations propagated by those looking for an excuse to subjugate a vibrant African American community. In a matter of hours after the Tulsa Race Massacre ended, the Tulsa authorities dropped all charges against Mr. Rowland. In their official report, the police concluded that Mr. Rowland had most likely stumbled into Ms. Page or accidentally stepped on her foot.

In a heartbreaking and necessary report this week from the New York Times, we were given an in-depth look at all that this white mob destroyed on that day. Property damage was estimated to be $1.8 million — $27 million in today’s dollars. But it is not so much the loss of property that has left a mark on our collective consciousness, as the article so poignantly illustrates; what is incalculable is losing what could have been. The potential for prosperity and generational wealth could have shaped the future of so many black Americans, in and beyond the Greenwood community, if only it had been allowed to exist. While the “official” number of lives lost that day remains in the three-hundreds, just this year, the city of Tulsa unearthed another mass grave that city officials believe contains the remains of more victims of the 1921 Greenwood mass murder.

Greenwood represents what was and what could have been, what still can be again, and what we still fight for to this day. We must not only continue to tell the story of what happened in the Greenwood District of Tulsa, Oklahoma, but we must continue to create our own stories of economic empowerment and generational wealth, of which that we have long been deprived.