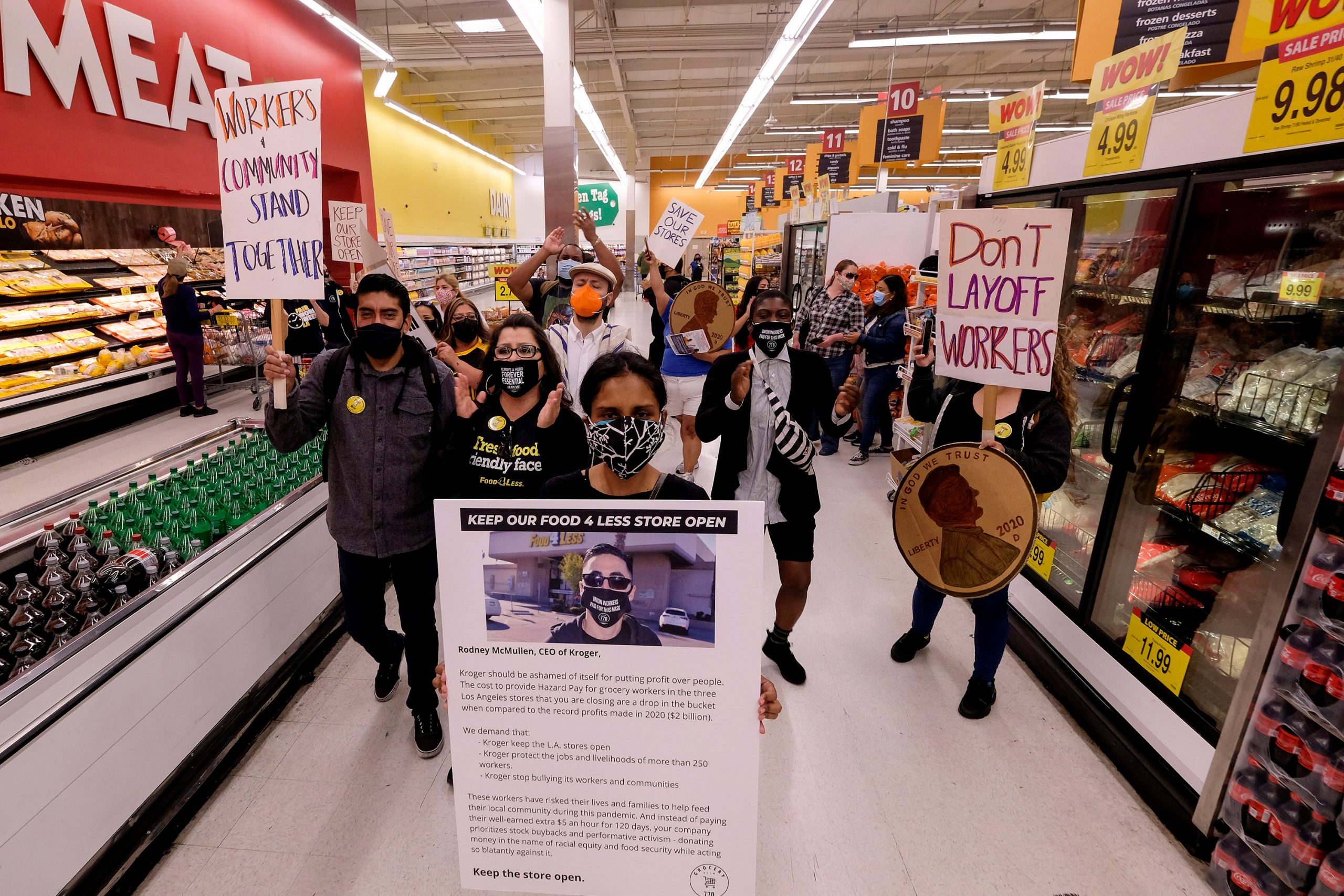 The announced closures of five grocery stores in the Los Angeles area by Cincinnati-based Kroger is a shameful and callous act of corporate greed. Kroger made the announcements shortly after the Cities of Long Beach and Los Angeles voted to provide frontline grocery workers with a temporary increase in pay of $4 and $5 as “hero” pay in the face of this global pandemic. Somehow hero pay and equal access to fresh and healthy food is a bridge too far for a company that saw its profits increase to record levels amid the global pandemic.

At this time, when the earnings of Kroger and other corporations continue to rise, these companies should be acting as good citizens and rebuilding and uplifting the communities that COVID-19 has hit the hardest.  Instead, they are closing their stores and taking jobs and money out of our most vulnerable neighborhoods for what seems to be a simple attempt to boost their revenue by a marginal amount.
Kroger is scheduled to close Long Beach Ralph’s and Food 4 Less stores next week on April 17 and the three Los Angeles area stores on May 15. According to officials with UFCW Local 770 — the union that represents many grocery workers in the city of L.A—this decision by Kroger will eliminate jobs for more than 250 workers, many of whom are African American and Latinx workers who have proudly served their communities during the pandemic.

It is shameful that Kroger and other businesses have chosen not to provide this much-needed support for the workers that make their businesses profitable. The closure of these stores will have a detrimental impact on the workers and the communities in which they live by further fueling the worsening gap in equal access to healthy and fresh food. In 2021, access to fresh, healthy foods must not become a privilege based on a zip code. Our so-called “food deserts” in South LA, where grocery stores are scarce, increase a community’s dependency on corner and convenience stores and fast-food restaurants.

We thought we had a partner in Kroger. Unfortunately, their decision to elevate profits over people at this time is an ugly mark for the remaining Kroger stores in our communities.  Kroger has stated that the rationale for the closures is that these stores were losing money on thin margins before the pandemic. They said this with a straight face as media reports gushed over stock gains and recorded profits for Kroger and other large retailers across the nation that have prospered during the pandemic.  At the same time, their frontline workers continue to struggle. Albertsons, Amazon, CVSHealth, Dollar General, Home Depot, Target, Walmart, and more have experienced soaring profits while pay for frontline workers has barely budged. This is a missed opportunity for Kroger.  Instead of being just another corporation focused only on its quarterly returns, they could have set an example and become a corporate leader in the healing and restoration of our communities.

We are thankful for the thousands of retail frontline employees who helped provide a semblance of normalcy in an unprecedented year of difficulty and uncertainty. We support the city ordinances that sought to recognize the risks that frontline workers take every day and provide a temporary pay increase. Timing is everything. We will remember this moment when those who could have supported frontline workers and their communities chose a marginal increase in profits over the lives of the people that made them profitable. 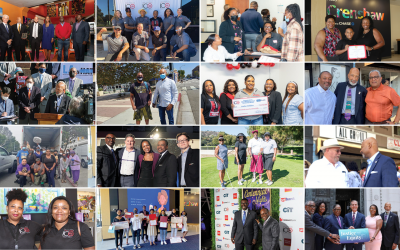 This past year, we began celebrating our 100 years of service in Los Angeles by renewing our promise and commitment to do...