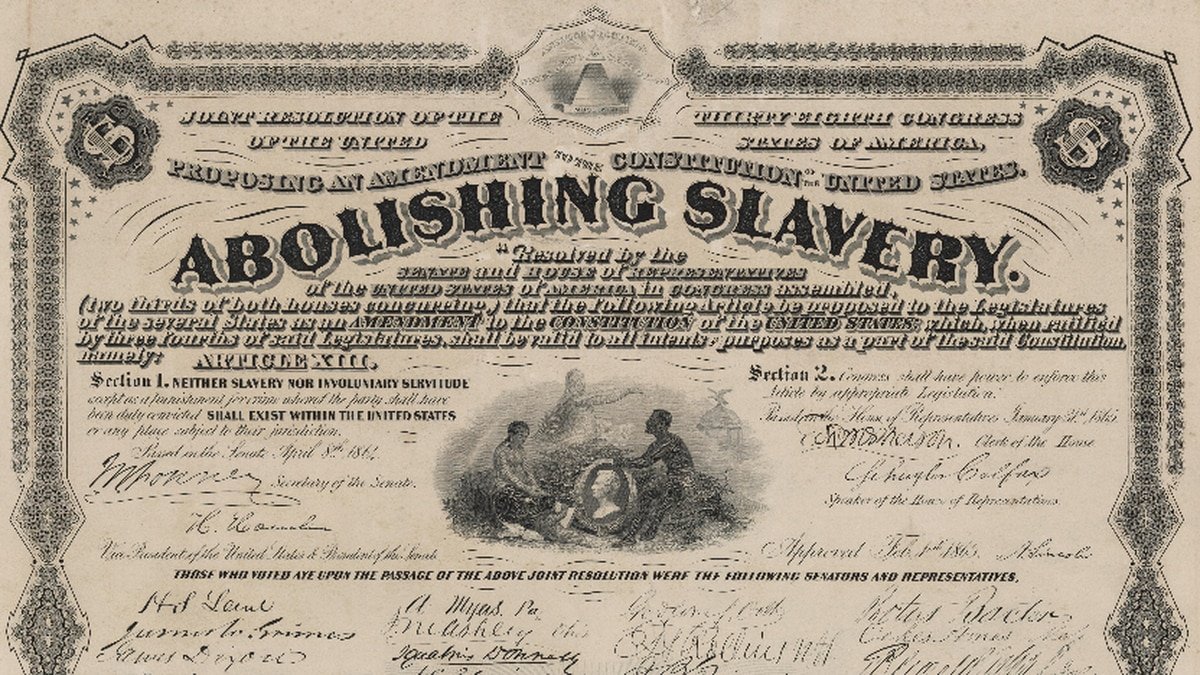 On February 1, 1865, President Abraham Lincoln approved the Joint Resolution of Congress submitting the proposed Amendment to the state legislatures. The Amendment could not become a part of the U.S. Constitution unless and until three-fourths of the existing states ratified the Amendment. On December 6, 1865, the Georgia legislature ended the legalization of human enslavement nationwide by becoming the 27th state to ratify the 13th Amendment. With the adoption of the 13th Amendment, the United States finally implemented a constitutional solution to the issue of slavery.

“Neither slavery nor involuntary servitude, except as a punishment for crime whereof the party shall have been duly convicted, shall exist within the United States, or any place subject to their jurisdiction.”

As was the case 157 years ago, today, every vote matters, and one state’s practices and politics can reverberate across the nation. This is why we must vote; this is why the citizens of Georgia must vote in the upcoming election on December 6 and vote at 100% participation.

A particular date and time can hold significant potential for what the future holds for all of us. It is up to all of us to inspire one another to be active advocates of democracy, ethics, and equality. As the late Georgia Congressman, Rep. John Lewis, said, “Freedom is not a state; it is an act. It is not some enchanted garden perched high on a distant plateau where we can finally sit down and rest. Freedom is the continuous action we all must take, and each generation must do its part to create an even more fair, more just society.”